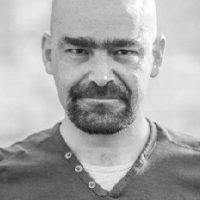 Mudar Alhaggi is a playwright, dramaturg, and cultural activist. He received a B.A in Dramatic Studies from The Higher Institute of Dramatic Arts in 2005 and shortly afterwards co-established the Street Workshop for playwriting. From 2005-2011, he designed interactive activities for children, and trained trainers in interactive theatre methods.

He participated in several writing workshops and residency programs in Europe and the Arab region. In 2013, Mudar launched So On And So Forth, a series of writing and documentation workshops for Syrian refugees.
He is a member of the Syrian organization in Beirut called Ettijahat. Independent culture. Mudar’s works include: Just an Enemy of the People – an adaptation of Henrik Ibsen’s Enemy of the People (2008), The Don Juan (2008), Six Days No Less (2009), Bronze (2010), and Your Love is Fire (2017). 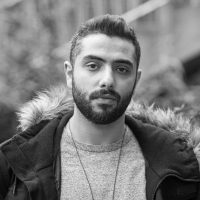 Zain Saleh is a Syrian writer and editor, he lives in Berlin, Germany, He holds a BA in Media from Damascus University.

He also studied theater studies at the Higher Institute of Dramatic Arts – Syria.

He works in fields of translation, editing, media and dramaturgy. He received a grant from AFAC for creative and critical writings in 2018 and wrote his first play “Beit Al Sit Tahira”, published by Mamdouh Adwan Publishing House 2020. 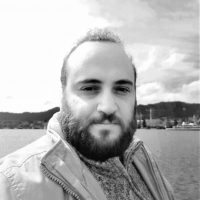 Wael Salem studied Theatrical studies at the Institute of Dramatic Art in Damascus and completed a master’s degree in Theatre-pedagogy from the UDK in Berlin.

In 2019 he staged the play “Reading Between Faces” at the tak Theater Aufbau Kreuzberg, which examined the concept of happiness with a diverse group of Arabic-speaking non-professional-actors. He led several workshops with young people and adults.

He published several articles on culture, theater, and the Syrian diaspora, as well a peer-reviewed research report entitled “The Evolution of the TV Series Industry in Syria”.

With a group of Syrian artists, he founded “SILA for Cultural Work”, a new cultural collective that focuses on working with non-professional-participants from the Syrian diaspora to do art and theater together.

Wael is the author of several theater texts. He is also active as a cultural researcher and as a translator of theater plays into Arabic.

Athil Hamdan is a Syrian Cellist. He started his musical education at the age of seven years at the Solhi Al Wadi Music Institute (The Arab Music Institute) in Damascus where he studied under the supervisio of professors Olga Yakoub, and Pavel Kupin.

He finished his M.Sc. in Fine Arts and Musical Sciences from Odessa National Conservatory in Ukraine in 1995. He continued his career as the manager of the Syrian National Symphony Orchestra in 2004 and as the Dean of the Higher Institute of Music in Damascus, Syria.
He has played many concerts as a soloist and orchestra artist around the world such as France, Italy, Russia, Ukraine, Denmark, Belarus Armenia, Belgium, Spain, Greece, Turkey, United States, Iraq, Jordan, Lebanon, Tunisia, Algeria, Morocco and Egypt. 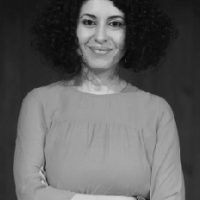 Liwaa Yazji is a filmmaker, poet, playwright, screenwriter and translator. She is a graduate of both English Literature and Theatre Studies in Damascus, Syria.

She worked as an assistant director of Allyth Hajjo and Ammar Alani’s docudrama Windows of the Soul in 2011. Her first play Here in the Park was published in 2012, followed by a collection of poems titled, In peace. we leave home, and her Arabic translation of Edward Bond´s Saved, in 2014.
She was a poet-in-residence at the New York´s Poets House in 2015. Her directorial debut Haunted was released in 2014 and is now co-writing HEIM, a TV series to be produced in Germany.
She is currently working on her play Goats, which will open at The Royal Court in London in 2017. 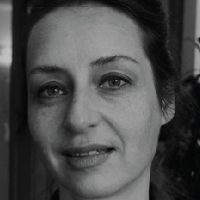 Irit Neidhardt (born 1969) graduated in political science, Islamic science and anthropology from the university of Muenster/Germany.

She worked as trainer for self-defense and assertiveness for girls and women, managed an adult education center for political and cultural learning and has been acting as avocational author, curator and speaker in the field of cinema and the Middle East since completing her studies in 1995.
In 2002 she decided to devote her working life to cinema and funded the international distribution and sales company mec film complementary to her free-lancing. mec film is distributing films by Arab directors.
Irit Neidhardt is coproducer of several Arab feature documentaries and worked as consultant for films like Tamer El-Said’s In the Last Days of the City (2016) or Pary el-Qalqili’s The Turtle’s Rage (2012).
Irit Neidhardt is member of the board of the German edition of the Global Media Journal and German quarterly inamo. She is member of the German Documentary Association (AG DOK), German Association of Art House Theatres (AG Kino-Gilde) and The German Middle East Studies Association for Contemporary Research and Documentation (DAVO). 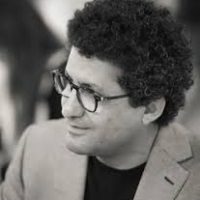 Mustafa Al-Slaiman born in Jordan, lives in Berlin. He works as a freelance literary translator, conference interpreter and cultural mediator.
He was a lecturer at various universities in southern Germany, was a member of the Foreign Office and since 2009 head of the program literature translations from German into the Arabic language at KALIMA-Verlag Abu Dhabi. In addition, he advises the Abu Dhabi Book Fair. 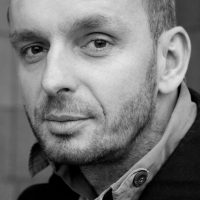 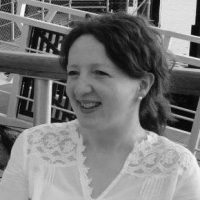 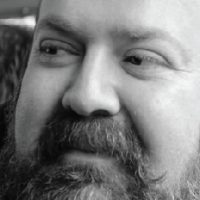 Bassam Dawood is a Syrian storyteller, actor and theatre director. He graduated from the Higher Institute for Dramatic Arts in Damascus in 2001. He has worked as an actor for many theater and television productions as well as an assistant director and director in theater.

Bassam has trained many actors at the Institute for Theater and Performing Arts as well as in interactive theater with children in the Rawafed project. Since 2012, he has been presenting a program on Radio Souriali, collecting and  documenting many personal stories of Syrians that the media tends to overlook.
He present as the “Hakawati” Abu Fakir, keeping the authenticity of the heritage of the ancient storytelling.
He has participated in many festivals and events throughout Europe. Bassam has also organized several theater workshops with children and young people in Germany through the Vivace project.
He founded the Syrian House of Tale, a space for sharing Syrian stories to a German audience and the world. He is a
member of the founding team of Radio Souriali, as well as the manager of the drama and education section of the radio. 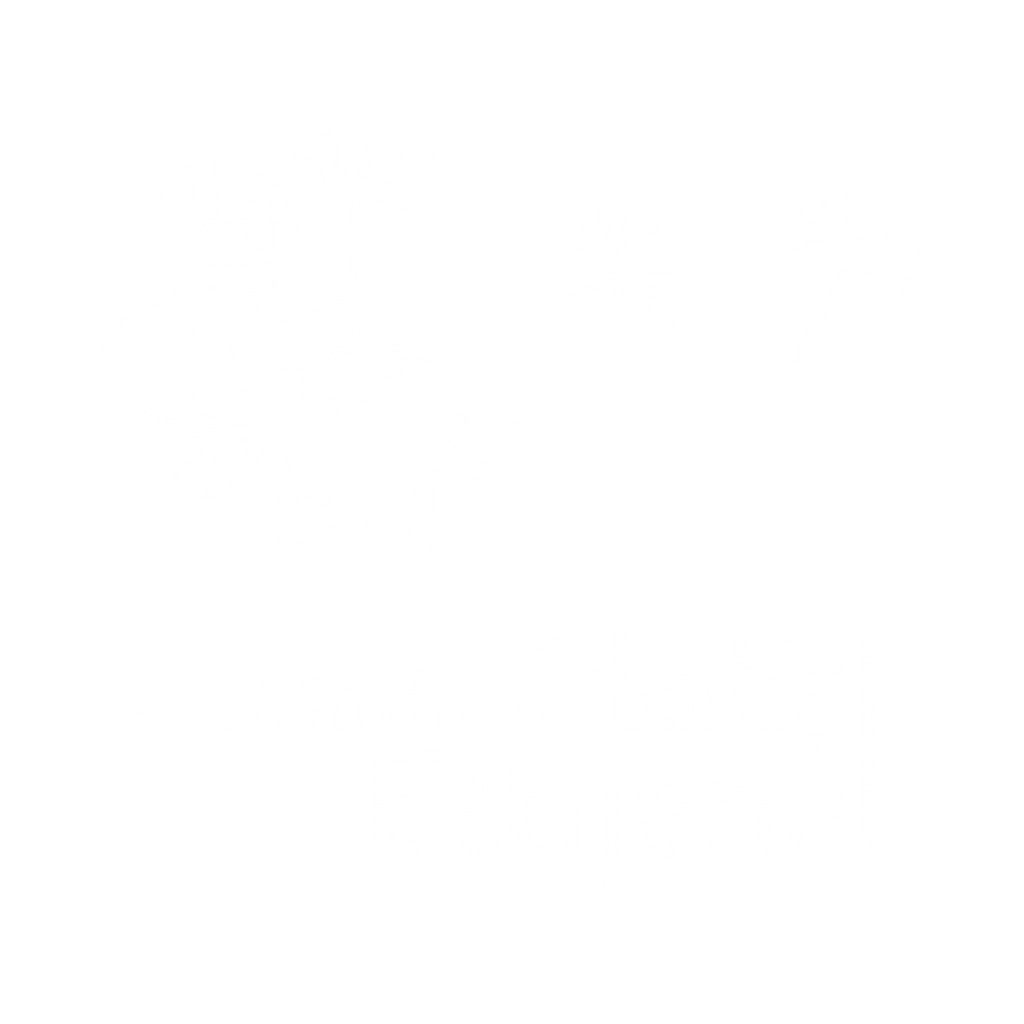 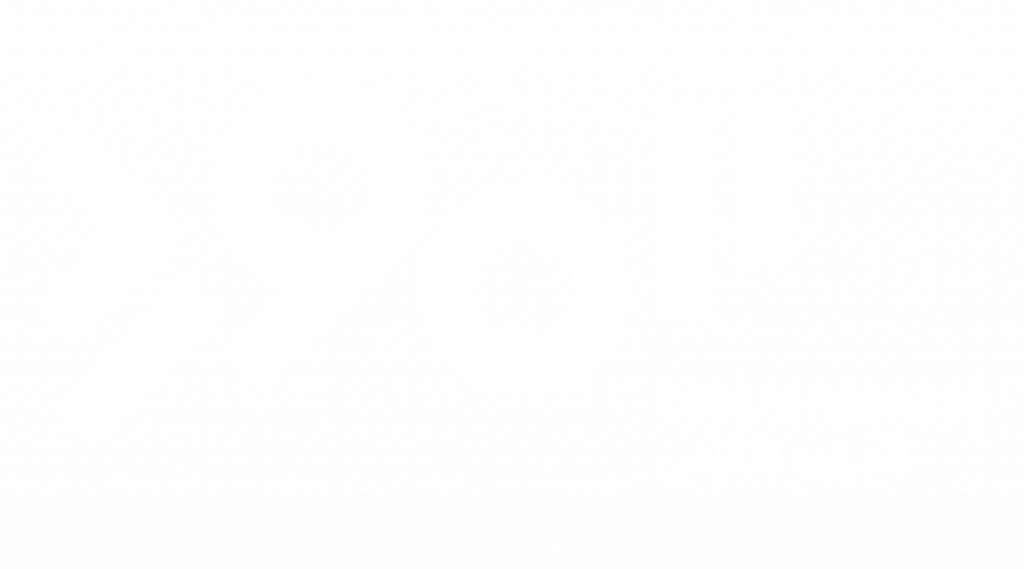